If you have a school-aged child, you are probably already aware of the do’s and don’ts when it comes to birthday party invitations. Really, there’s only one — DO invite EVERY child, and DON’T bring invitations unless there’s one for everyone.

I understand the thinking behind this rule. Kids can be cruel, and there will be fewer hurt feelings if everyone goes home with a birthday invitation. However, I do feel this rule needs to be eliminated for many reasons. Please hear me out.

No one RSVPs these days.

I repeat — NO ONE RSVPs! I only asked for a quick text if your child would not be able to make it. I sent over thirty invitations, and only SIX parents sent me a text message, and half of those texts were yeses. Having to guess if 25 children are coming or not makes things problematic. How many goody bags should I prepare? How big of a cake do I need? How many pizzas should I order? It also leads me to the next issue …

Having a party at a venue often has limits.

We booked a venue that only allowed 16 children. We thought, “No problem. There’s no way all 30-something classmates will attend this party.” But then, hardly anyone RSVP’d. We had NO CLUE how many children were actually going to show up. Were we going to go over the limit? Would we be shelling out an extra $15 per child over the 16 child limit?

This also adds a strain to adding family and friends to the birthday party. Do we really need a party with 40 children? No. But, it turns into that when you invite every child in the class plus family and friends. I know the easy answer is “Well, don’t have the birthday party at that venue.” However, I am not going to tell my child he can’t have his party where he wants on the off chance that all of his classmates show up.

My child isn’t friends with everyone in the class.

When we were driving home from the birthday party, my son said “I’m glad so-and-so didn’t come to my party.” Before you jump to the conclusion that my child is being mean, here’s a quick back story. We have been dealing with a bullying issue with my son. He’s come home several times saying this particular child has hit him, said mean things to him, or needed to sit out because the teachers had to step in.

Because of the “everyone is invited” rule, I had to include this child on the invitation list. I almost didn’t. I almost broke the rules and left his name off the list, but at the end of the day, I am a rule follower. I made the decision if an issue arose at the birthday party, I would be there to run interference (and maybe have a nice chat with his parents). Is that really something I should have to even think about for my child’s birthday?

I know schools like to refer to classmates as “friends” which I get because they want the children to be friendly toward everyone. However, I believe there’s a difference between being kind to someone and being their friend. Think about your adult experiences at work. Sure, you might be friendly with everyone, but does that mean you’re going to invite everyone in your department to your house for your birthday? Of course not. Why should we expect the same for children? 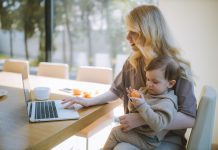 3 Important Tips for Every New Parent 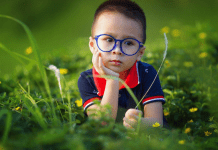 How We Raise Intelligent Children

They Always Say the Second Child is More Difficult Than the...

When Should My Child Learn To Swim?