Sure, sure, we hear all of the benefits. It makes them mentally flexible and more sensitive, and there’s also the less known benefit that one day they’ll be able to take you around Paris and order crêpes for you. Oh, and your soups will be so smooth and creamy. Hang on – that’s an immersion blender. (Also a very good idea.)

But what about the drawbacks? Surely there are negatives to having your kids in a school where English isn’t the primary language, right? Well, after spending over four years as a parent of children in a French school, I’m here to give it to you straight.

I have no idea what my kids are saying.

While there is nothing cuter than hearing a bunch of kids jabber away in French in the car on the way home from school, for all I know they’re talking about “le farts” and “une Power Ranger rouge.”

I probably should have committed to learning French once we decided to send the boys to school there, but I never did. And now my brain is old and calcified and nothing like the sponges that are apparently in their tiny little heads.

Also, apparently when I enrolled them in their school, I neglected to remember that I have triplets? Forget the secret languages that multiples make up – I just gave them one on a silver platter.

My kids make me feel like a complete moron.

While I took many, many years of Spanish in middle school, high school, and college, I didn’t progress beyond using the present tense and basic vocabulary. (However, in my defense, I was able to successfully eat food and get around Barcelona without too much humiliation, so I guess it wasn’t a total waste.) (I have no idea what I ate or where I was going, but I had a great time.)

My children’s teachers are extremely chic.

It’s bad enough that I work from home and my work wardrobe consists of WordPress t-shirts and cropped sweatpants. Their teachers wear stilettos and skinny jeans and little scarves and always look impeccable, even after spending eight hours with a bunch of paste-eating five year-olds.

I can’t help them with their homework.

I polled some other parents, and they saw this as a drawback. I don’t know who these people are, because I consider this a definite benefit. I just sit at the kitchen table, sipping wine (you know, like French people do) and watch them do it themselves.

But don’t be too envious – I still have to help with their English homework, which I save until after I’ve finished the glass.

On the bright side, they can help each other with their homework, since I can’t. Hopefully, they know what they’re doing.

Have you considered language immersion for your children?

On Flowers and Phases :: Being Present and Enjoying What is In Front of Us 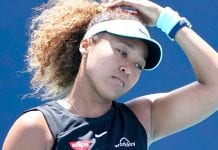 Why Naomi Osaka Saying No is a Win for Women Everywhere 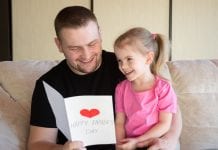 It’s Dad’s Day! :: What He Really Wants for Father’s Day…

A Tale of Inconvenience: My Katrina Wedding